I discovered greenkeeper.io at the NodeConf Barcelona 2015, when Stephan Bönnemann made a little demo of the project to show what was all about.

Basically what greenkeeper does is sit between npm and github, observing all of your dependencies. When they get updated, your project gets a pull request with that update. The CI tests kicks in, and Greenkeeper watches them to see whether they pass or not.

At time of writing this post, I'm using greenkeeper in my opensource projects, and it's really awesome, handy and easy to use.

As I said the main reason for using greenkeeper is to stay up to date with the dependencies, know the changes and fixes introduced in every release and see if they break your build.

After installing and login, you will have to enable greenkeeper for each repository you want to.

Now, you will receive pull requests from the greenkeeperio-bot that will look like this 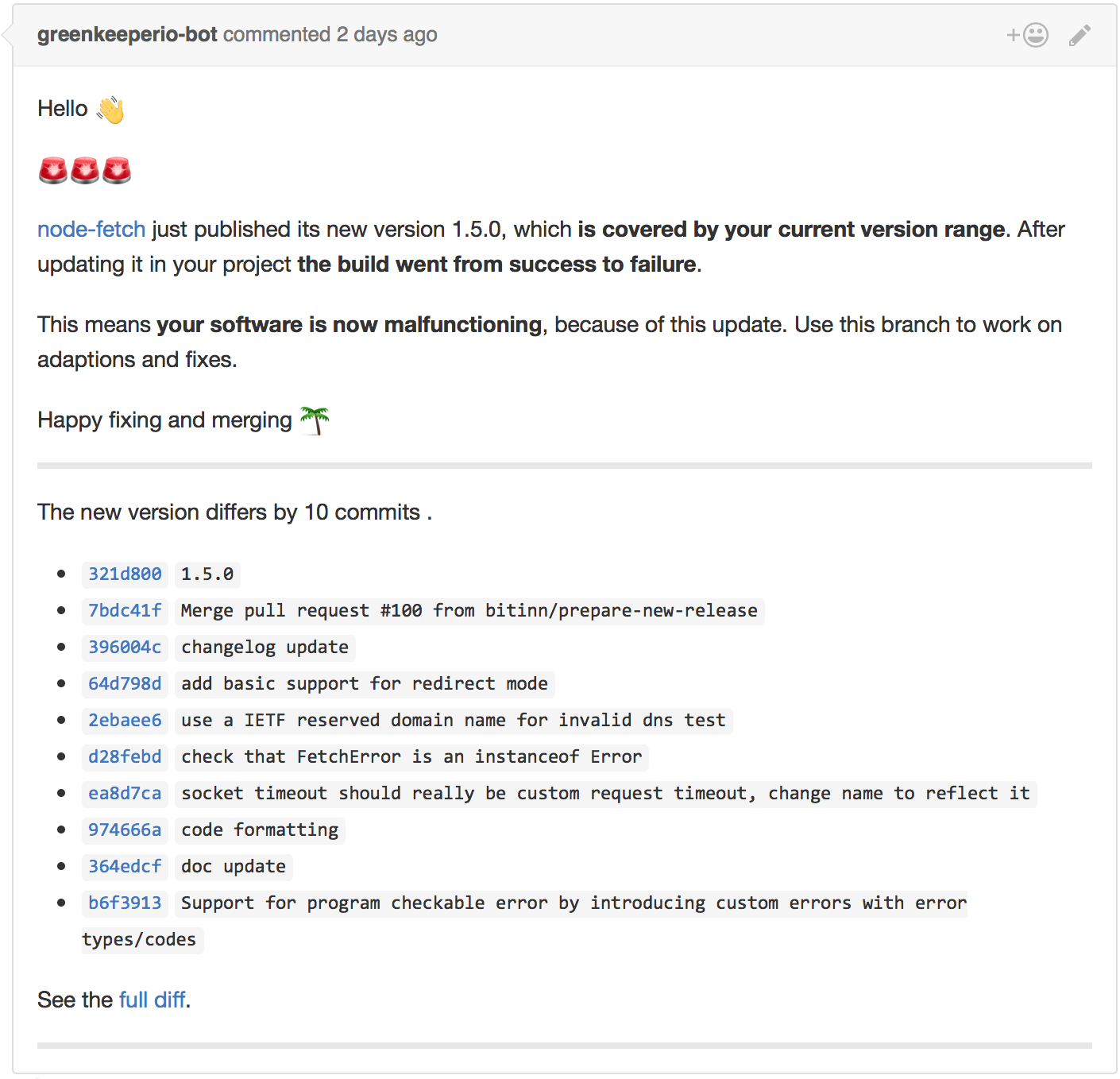