React Amsterdam is a full day conference on all things React. The biggest conference I've ever been with more than 1000 developers from all across the 🌍. I went with two workmates from Ulabox @sospedra_r and @juanmaorta. The event was organized in two tracks: React & React Native.

The conference day started with a React Amsterdam ⛴ that moved the attendees and speakers from Amsterdam Centraal Station to the venue location that was a beautiful place called Kromhouthal.

Once registered, a bag with a cool t-shirt some stickers and a notebook was given to every person at the conference. Then the breakfast started with a big selection of coffe, fruits and baked goods. ☕️ 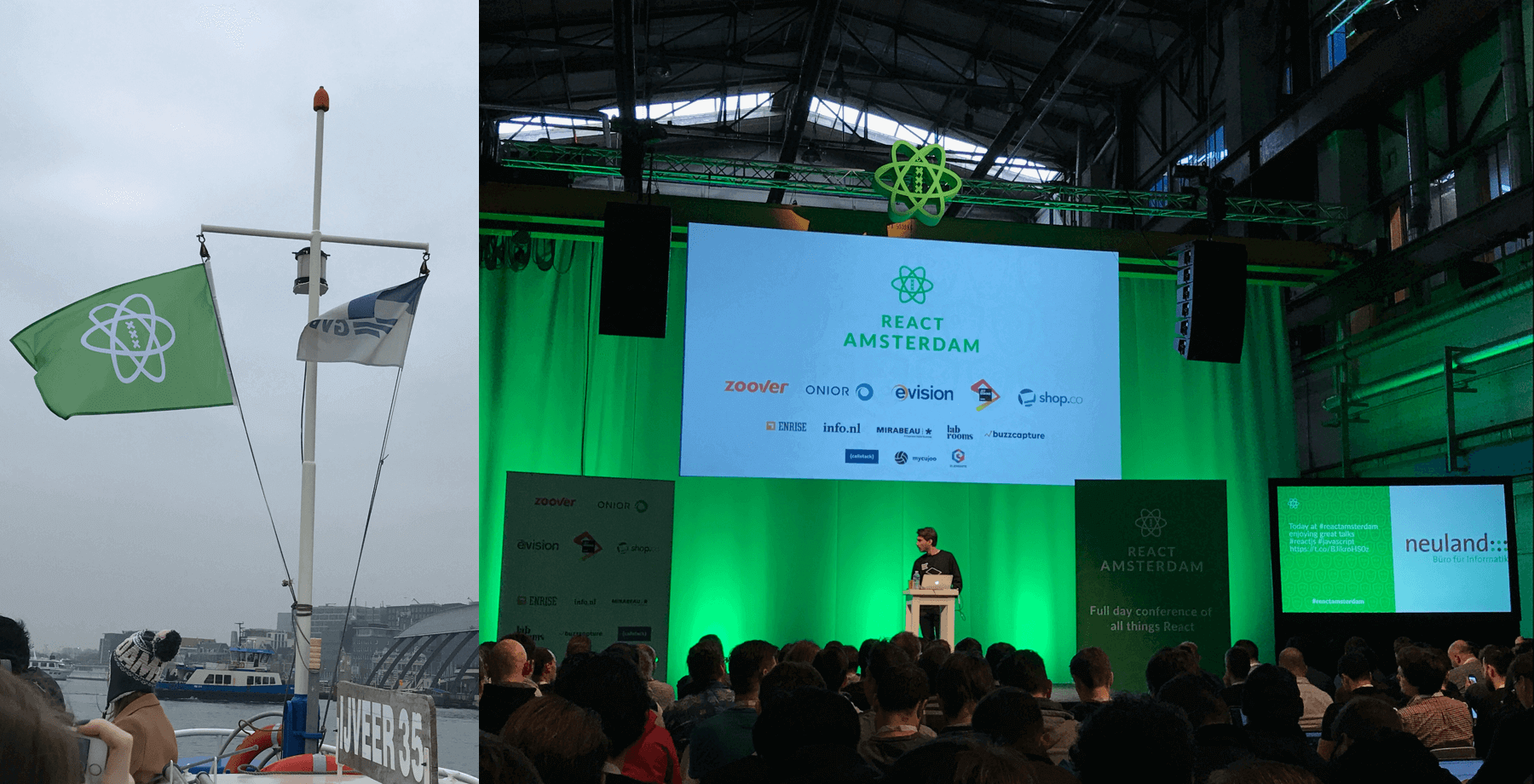 The event was mainly focused at the React track, the difference between the stages was really noticeable. But didn't make any difference on the quality of the talks. Due to my needs I've moved between the two tracks. Overall the technical level was really good 🔝. I learnt something in each presentation, solved some problems and got a ton of ideas.

All talks were recorded and live streamed through the React Amsterdam youtube channel. Be sure to take a look into it! A lot of interesting things going on here ☝️.

My top 5 favourite talks are:

The lunch and dinner catering was a bit of a mess, the food was super healthy and tasteful but there wasn't enough to feed +1000 people. Even at the closing talk a lot of people left the stage to find something to eat 🌮.

As I mentioned before, I really enjoyed the conference and I'm very happy with the talks. Also, I encourage you to join the next edition if you are into the React game ⚛️.

Huge thanks to Ulabox ❤️ for giving us the oportunity to attend React Amsterdam! 🇳🇱 ✈️